A glimpse into the history of Real Doll, a lonely redemption or a bondage?

How the Real Doll were made and their ancient historiographical roots. 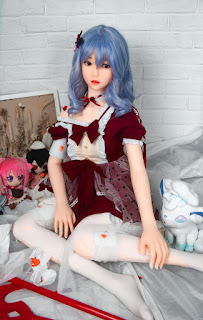 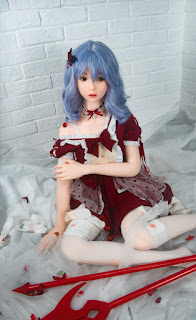 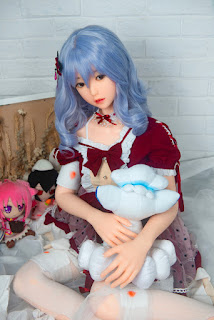 Is Real Doll an objectified human being or a solution to loneliness for many?

A year before his death, the French philosopher René Descartes was invited by Queen Christina of Sweden to become her tutor. In 1649, he boarded a ship to Stockholm with a young woman named Francine, who claimed to be his daughter.

After the voyage began, no one had seen Francine again. The superstitious sailors then became so curious that they broke into Descartes’ cabin to see Francine for themselves. Inside the cabin, they saw a life-size female doll. She was made of metal and leather, but looked like a real person. Because the doll was so real, they got scared and threw her overboard.

A look into the history of the Real Doll by Ferguson

Anthony Ferguson wrote a strange story in 2010. Titled “A Glimpse into the History of Solid Dolls,” it tells the creepy, albeit fictional, story of Francine. The French philosopher, who experimented with creating various humanoid, non-living beings, had a daughter named Francine who died at the age of five, nine years before he began his journey to Sweden.

Moreover, no one really knows what Descartes intended to do with the doll, but the sailors who threw it overboard knew there was at least one possibility. The 17th century, the great age of exploration of the world, was a time when transoceanic ships made very long and uncharted voyages, and sailors began to take some kind of special doll with them on their voyages.

The prototypes of these Real Dolls are called “Nautical Ladies”. They look like a person and are made of cloth attached to a bamboo pole. The dolls even wore dresses, which made them more accessible to those looking for something to act out their desires with.

In 1904, a French catalog described these dolls as having “no fear of blackmail, jealousy, quarrels or illness.” The catalog also stated that the lovepuppen were readily available and would offer no resistance.

Sailors from the Netherlands made these dolls from leather lined with rattan and had some of them made during their trade with Japan in the 18th century. The Japanese called them “Dutch wives,” a term for the poorly made dolls.

Moreover, these art dolls have an older and poetic origin.

According to Ovid’s book Metamorphoses, the Cypriot sculptor Pygmalion’s relationship with Galatea was anything but platonic. However, Galatea was not a real woman, but a perfect sculpture of a woman created by Pygmalion.

The story was translated by Rolfe Humphreys in 1955, and the sculptor, distraught over his disappointment with human emotional relationships, set about creating his companion. In the story, Pygmalion often caresses Galatea, and he often wonders if she is flesh and blood or just ivory.

Venus, the goddess of beauty, answered his prayers and breathed life into the statue. Afterwards, Pygmalion returned to the place where Galatea lay, lay down beside her and kissed her, and when he did so, Galatea seemed to glow.

But not everyone has access to God’s help. So without it, technology comes into play.

Nathaniel, the protagonist of Hoffmann’s fairy tale The Sand People, is a young, artistically gifted student with melancholy tendencies whose fiancée Clara does not understand him and whose father has been traumatized by the violent death of his partner. He believes his father’s killer is the Sandman, a mythical creature that throws sand into children’s eyes and then stabs their eyes out of their sockets.

Until he meets his teacher’s daughter – Olympia. She was slim, well-proportioned and beautifully dressed. Nathaniel found himself drawn to Olympia. She seemed invisible, as if sleeping with her eyes open, until he kissed her and she lifted her hand and said, “Ah!”

Nathaniel’s friend Sigmund understood the attraction blind women had for him. He described Olympia’s every movement as being controlled by clockwork, like a soulless, regular machine. Afterwards, Nathaniel saw university professors fighting over her. Nathaniel identified them as the Sand People, for he had witnessed Olympia disintegrate at their hands. The woman he loved so much turned out to be a lifeless doll.